This is SpaceX’s big chance to really make history

The mission, called Demo-2 will fly to the ISS aboard the SpaceX Crew Dragon, launched using the company’s flagship Falcon 9 rocket. The mission could last anywhere between 30 and 119 days, depending on the status of Crew Dragon and whether NASA needs the pair to stay longer to help out with operations on the station. The agency won’t make that decision until they are already in orbit. Regardless, 119 days is the maximum because Crew Dragon’s solar arrays are currently not designed to withstand degradation for longer than 120 days.

NASA has not launched humans into space from American soil since the space shuttle flew for the last time on July 21, 2011. The plan has always been for NASA to turn over its low-Earth-orbit missions to the private sector—first for cargo resupply missions to the ISS and then for astronaut flights themselves through the Commercial Crew Program (CCP). NASA gave massive contracts to Boeing and SpaceX to build the crew vehicles required—and hoped to have them up and running by 2017.

But the companies have run into a myriad of problems that have caused delay after delay—some more explosive than others. And in the meantime, the US has paid Russia billions to ferry NASA astronauts to the ISS, even while international relations between the two countries has hit an all-time-low since the Cold War ended. Today’s launch, if successful, could remedy that problem, and see the US and its private sector enter a renaissance in space activity.

How to watch the mission: Demo-2 launches today at 4:33 p.m. Eastern Time, from Kennedy Space Center in Florida. It’s an instantaneous launch timelaunch window, which means if it doesn’t happen at 4:33 p.m. on the dot, SpaceX and NASA will have to postpone it for another day. This is because it needs to rendezvous with the ISS, which is already zipping around in orbit. Even a delay of just a minute could make that scheduled rendezvous much more difficult or impossible to achieve. The current backup date is Saturday, May 30.

Both NASA and SpaceX will livestream the launch. NASA will begin mission coverage at 12:15 p.m. Eastern, and continue with live updates of the mission until 11:30 a.m. Eastern on Thursday, when the Crew Dragon spacecraft is expected to dock with the ISS.Meanwhile, a rival gets the hiccups: Virgin Orbit failed in the first test of its LauncherOne rocket Monday, after seven years of development and testing. The rocket was transported by a Boeing 747 and released over the Pacific Ocean, off the coast of California. LauncherOne was supposed to fall for a few seconds after deployment, ignite, and then propel itself into low Earth orbit. Instead, it ignited and fell into the sea. The purpose of the flight was to test out the rocket’s functions and validate Virgin Orbit’s air-launch system for satellite deployment into low Earth orbit. A test payload fitted with various sensors was meant to go into space. The crew on board the plane, and a second safety plane, safely returned to the Mojave Air & Space Port. 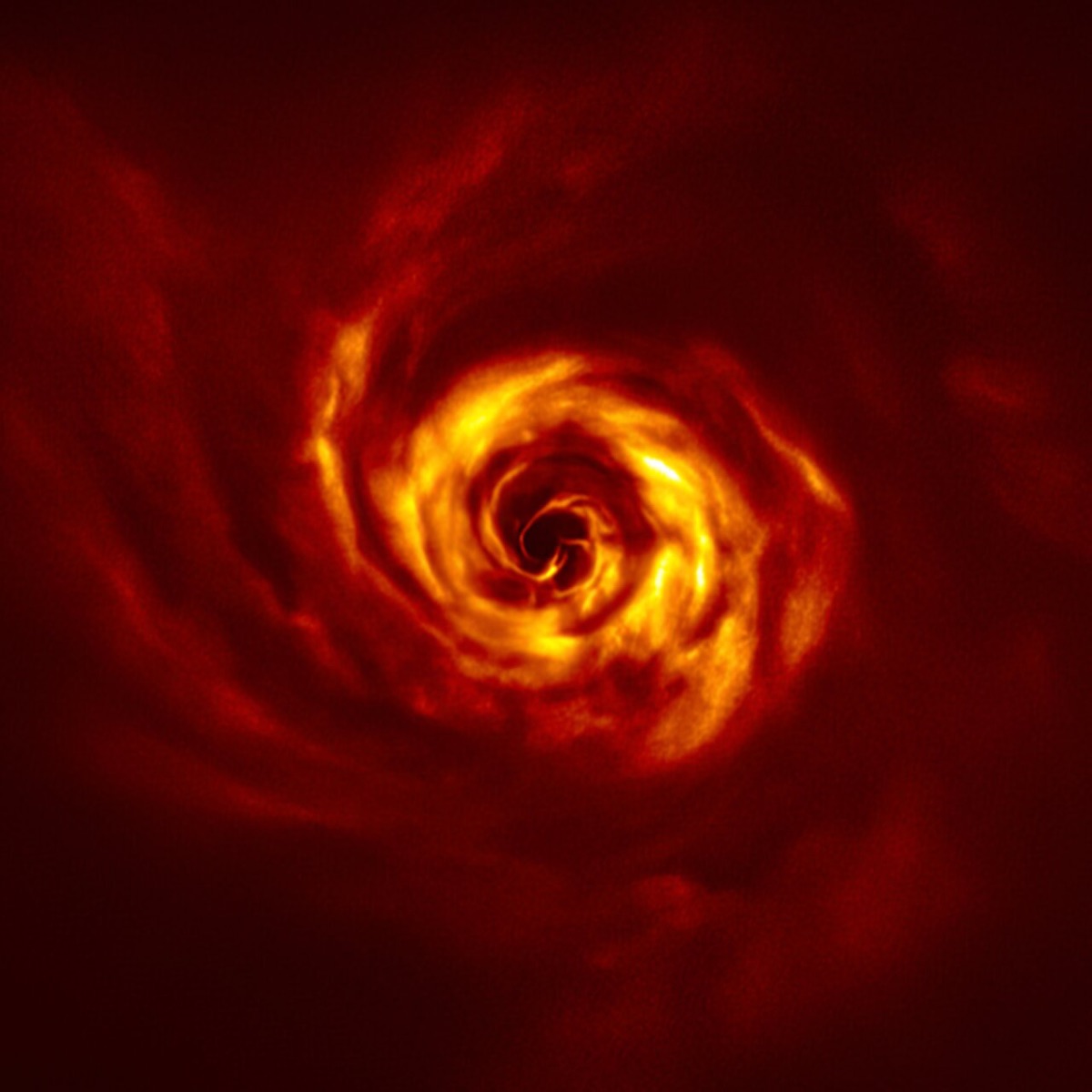 Being born: Astronomers have made what are possibly the first ever observations of a planet in the process of being born. The newly released images are of a very young star system called AB Aurigae, about 520 light-years away. They show a massive disc of swirling gas and dust. The disc features a prominent twist that could indicate where a new planet is forming.

Gone prospectin’: The moon is a treasure trove of many valuable resources. But there’s one resource in particular that has excited scientists, rocket engineers, space agency officials, industry entrepreneurs—virtually anyone with a vested interest in making spaceflight to distant worlds more affordable. It’s water.
Why? If you split water into hydrogen and oxygen, and then liquefy those constituents, you have rocket fuel. If you can stop at the moon’s orbit or a lunar base to refuel, you no longer need to bring all your propellant with you as you take off, making your spacecraft significantly lighter and cheaper to launch. In other words, if you could mine it effectively, the moon would become a cost-cutting interplanetary gas station for trips to Mars and elsewhere.